Detroit Become Human is perhaps one of the strongest games of this year. The game itself looks beautiful, far more realistic than any other game I’ve seen before and the story tackles some of the most challenging and interesting topics of modern times. As a heads up there will be a few spoilers from early game and some wide overarching plot points but nothing too specific!

Please note the game covers some very emotional and challenging topics so be aware before you continue reading and especially if you watch the trailer below. If you are easily upset by this stuff please don’t go any further!

Sadly as someone who does not own a Playstation I had to watch a playthrough but it did not take away from the emotional impact of this game. For those who are unaware of Detroit, it is a game by David Cage (maker of Beyond Two Souls and Heavy Rain) and from a mechanical standpoint does little to innovate the mechanics we’re used to seeing in his games.

As for the story, you follow three different Androids in 2038 struggling with their newly found free will and their slave like treatment by humans. Your decisions shape their stories, characters can die and the outcomes vary more than I have seen in any other game that I am aware of. 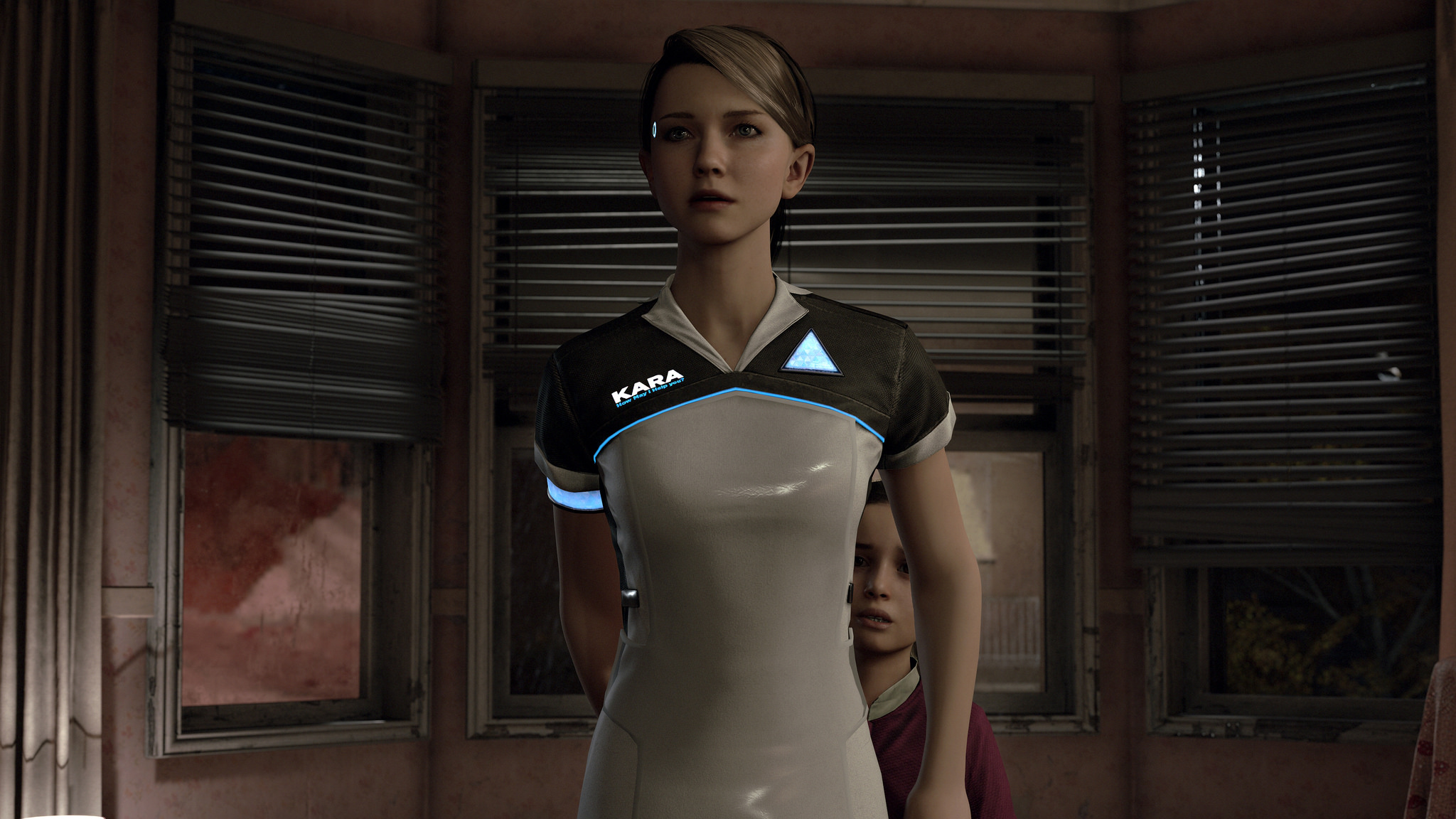 Personally I am a huge fan of games that tackle difficult subjects just like I would expect in books or films. Detroit tackled some dark topics from Child Abuse, Slavery, Sex Robots and Racism to ideas around freedom. Most disturbing was perhaps how close the game hits to home, the world may be set in the future but within our future, by 2038 I’d be 30 (dear god!) and most of the ‘futuristic’ technologies employed are ones we can already see on the horizon.

The world itself, gave some amazing context through magazines and news reports that linked to current issues we are facing. From the extinction of bees, humanity breaching global warming’s point of no control and the increasing tensions and territorial grabs of the north pole as the ice slowly retreats.

At first I was going to review the game as a game but as I haven’t played it I think I’m better placed to comment on the content and social commentary instead which is probably the part the developers want us talking about anyway! Detroit is not always subtle in its links to our present and to the use of Androids as an allegory for the USA’s treatment of ex slaves but it does it all well. Topics are covered in an emotional but not overly black and white manner. Much of the game is morally grey and as such more realistic the the usual good vs evil we’re used to.

Detroit was not without its controversies from the mass media who seemed most offended about the child abuse topic and how through some actions (or inactions) you take you can let it happen. To me while the controversy was just another part of the media’s usual upset about video games it showed the game’s success. It got people talking, even non gamers, and while part of the conversation may have ended up being about if games should be ‘allowed’ to be anything more than light entertaining fluff that is a conversation that needs to happen.

For me one of the most interesting things throughout the game was that right from the start I referred to the Androids in human terms. The game does a great job at using language to show people’s views, there are those who call Androids ‘it’ and others call them by human terms ‘he,she,them’. Whenever someone referred to an Android as it my mind immediately wanted to correct it to a human pronoun. Without even being the one playing the game I quickly found that while on the surface I told myself if Androids were real they are just machines my subconscious saw them as no less alive or worthy of respect than you or me.

It’s an interesting thought, are Androids alive? What if they had free will? and I’m curious to see what you guys think? Are they alive?