As a reader and gamer I spend a lot of time like most of us in other worlds. Wether its Middle Earth, Tamriel, Fallout or any other fictional or alternate planet.

With the announcement of Elder Scrolls 6 came the usual flood of fan theories about its setting, it’s content and even if it will fail or succeed. The usual arguments were put forward about it being dumbed down deviating from the original lore and series.

It made me think, who has control of the worlds we explore, play and visit? The creator, the company or the fans?

The obvious answer to this question is the creator. Whoever makes the world owns it and can do more or less what they want. JRR Tolkien owns Middle Earth, George RR Martin Westeros and JK Rowling The Wizarding version of our world.

The confusion of course comes in when a creator makes the world for a company or sells the rights or passes away. An example would be Middle Earth, owned by the Tolkien Estate and his family with rights to specific parts of the world being sold to others to produce film/TV and other media.

Of course many worlds/settings are the brainchild of multiple people for a company. Tamriel is a great example of a world developed by a game developer for their own game series. Fallout is another example first created by Interplay Entertainment, the rights to develop the Fallout games have been owned by a few different properties with Bethesda currently owning the rights to make the Fallout series.

Ultimately these worlds are created to be amazing settings to engage and entertain an audience. They build up followings and are adapted and changed over time at the will of its parent company. Of course they can be sold on to other companies for profit too.

The fans are perhaps somewhat lower on this list. Let’s be honest, none of us who experience, explore and play in these worlds own them. These worlds have been made for us to spend time (and sometimes money in) but aren’t technically ours. The real owners can do what they like even if we don’t like it and there isn’t anything we can do about it, it’s not ours to control. 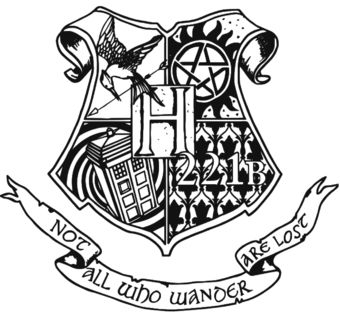 Ok that’s kind of cold to say! It’s also not entirely true. You just have to look at any fandom on the internet to know that when we become invested in a world or setting we see it as, as much ours as anyone else’s. We as a result take offence when something changes in a way we don’t like.

While we may not own these fictional worlds officially we have the power to change and influence them. We create mods to alter the game, add quests and items. We create fan theories and fan fiction (some better left unread) expanding on the source material and even rewriting it to match our own expectations/preferences. We also let the developers and creators know when we are not happy with their changes, these worlds are created for us and have to meet our needs too.

Seeing videos criticising how companies handle their properties, showing off amazing theories and expanding on the original material is great to see. It shows how engaged we as an audience are in the worlds, it reminds companies and creators that once you make something like this public you never really fully own it and have a responsibility to handle it in a way that takes into account the will of the audience.