There’s something oddly satisfying about those games where building is its own reward. Maybe it just because having total control of the world and everything in it plays into every gamer’s power fantasies? City Skylines is one of those games where you  build a city from the ground up,being able to destroy your citizen’s homes on a whim and you have the power to summon tsunamis or level the city!

City building games aren’t new, SimCity is of course the most well-known and I have some nostalgic memories of playing Simcity 3000 UK Edition a game that’s now nearly 20 years old. 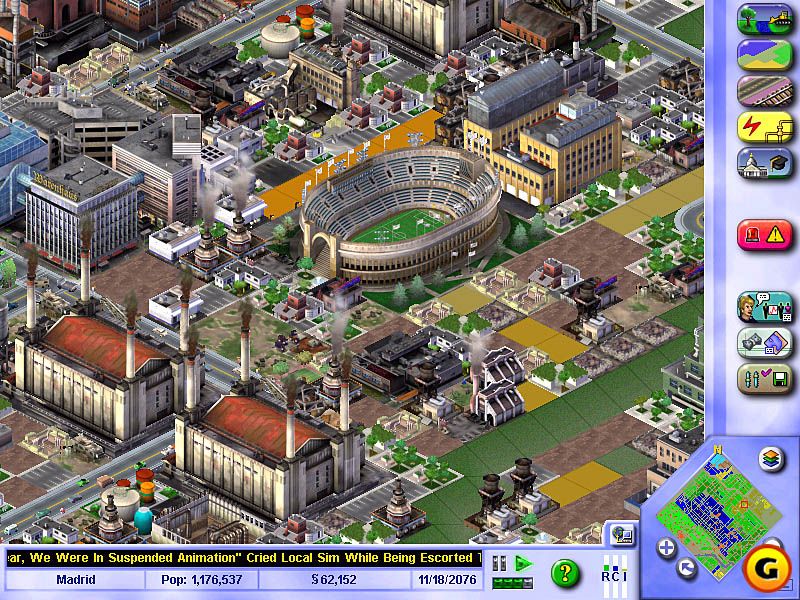 City Skylines is much the same as some of the newest SimCity games however it has one advantage. City Skylines offers amazing flexibility in the way you grow and customise your city. You can by multiple plots of land to expand your creation, you can build over and under obstacles and upgrade roads. This being a massive breath of fresh compared to the limitations of Simcity.

SimCity’s total city area is the same size as City Skylines starting area (totally just by coincidence). Unlike SimCity you can expand on this original area, and roads you build can be upgraded to more heavy density roads without having to tear them down. The godsend of City Skylines is the ability to move buildings, another features SimCity lacked.

Ordinarily I try to avoid comparing games but when a game like City Skylines arrives that is so obviously inspired by another it’s hard not to compare them (think Minecraft and all its gloriously terrible copy cats or PUBG and Fortnite).

City Skylines is in that vein of games where it’s just satisfying and relaxing to play and progress. If you want a challenge City Skylines also offers the ability to unlock natural disasters allowing you to build up early warning centres and evacuation centres to test your cities against tsunamis, earthquakes and more!