Ok so this post is going to be different. So you’ve been warned.

A while back I was looking at a blank page unsure of what to write. Then I had one of those moments where your heart kinda just pours out on the page. I knew I have friends that read my posts including a colleague and I knew theoretically every stranger and their mam could see it but at the time it didn’t really matter or spring to mind. The post was Representation in Gaming. Before I knew it I’d typed the post and hit publish the same day in fact it was in the same hour (before I could change my mind). It’s not a massive post but it’s open and honest and covers that line between gaming and representation of sexualities. Not the lightest subject.

I don’t regret the post, there were some amazingly supportive comments from the gaming blogging community and beyond. And thanks to that moment of random openness another member of our community stepped forward and waved their ace flag in the air next to me! Lightning Ellen thank you!!

So for the uninitiated this week is asexual awareness week, 21st -27th October. And myself and Ellen have joined forces writing a post each about our experiences to show any other Ace gamers out there that they aren’t alone.

My post is split into two halves part 1 is about my personal experience/asexuality and part 2 is aceness in geek culture.

First up what is Asexuality? 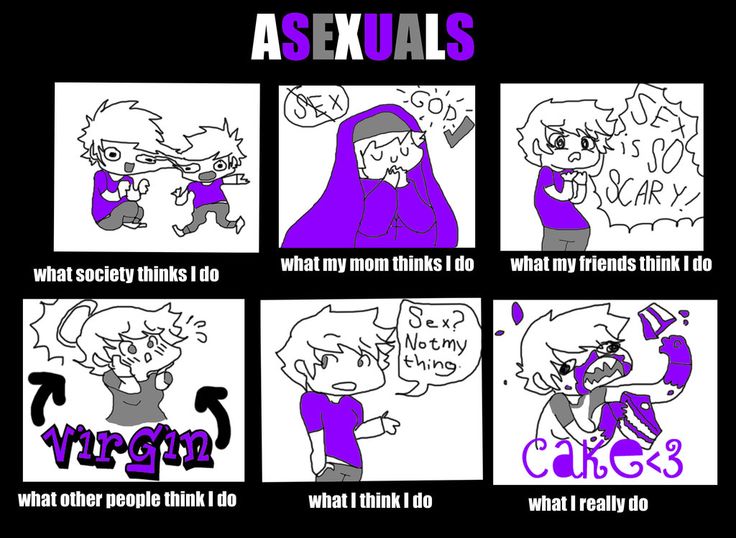 Well it’s known commonly as the “invisible” orientation and sits at the end of that long LQBTQIA anagram. We’re that A that people say stands for Ally and make up about 1% of the population. An asexual person is someone who does not experience sexual attraction. That is the basic definition. In fact asexuality is seen more as a scale of varying intensity between Allosexuals (most of you guys out there) and Asexuals and there’s a few different orientations in the middle which for the shortness of time I won’t go into.

Anyways I digress, personally I’ve known I was ace since about 16 though probably truly accepted it around 18/19. I noticed because I spent school never forming crushes on people, not understanding why people were dating and not thinking that any person was “hot” (honestly I still don’t know what that really means)! It wasn’t the easiest time, even before I knew my orientation people would assume I was childish, innocently minded, wanting to join the priesthood (I went to a Catholic school) or gay and closeted. I was lucky, I was never bullied but the “concerned” comments, little jibes and people assuming they knew what I was when I didn’t wore me down. I can assure you I am well aware of what sex is and I am as dirty minded as anyone else! Who doesn’t love a good innuendo?

What I now know and what I didn’t back then is that I am *clears throat* a andro/demi romantic asexual (it’s a lot I know) and it took a lot of research on my part to get here.

So I am Androromantic meaning I’m romantically attracted to masculine people (mostly men but not always) and Demi short for Demiromantic meaning I only form romantic bonds after an emotional relationship is already there. Basically love at first sight ain’t happening!

Yeah, so that’s that. You got any questions let me know, I’ve glossed over the finer details of Aceness the different terms and romantic and sexual orientations under the umbrella but if you’re interested you can take a look online. I wanted to share this all to show something people often gloss over, sexuality can be messy and complicated and that’s ok. I don’t tell every bloke and his mam how I label my orientation (well I kinda just did but hey) it’s something I keep mostly to myself and if someone asks it’s easier to just say I’m Ace and only go into the whole thing if they seem interested.

My dream was for this part of my post to be the longest, focusing on Asexuality in gaming and fitting in neatly to my usual blog topics. That was somewhat naive. Aside from Headcanons and subtle out of game nods from developers there are no Asexual Video Game characters. So that kinda cuts that idea short!

However what I did find is something else. There may be no Ace game characters but there is an Ace Cartoon character and disputably the very first out and proud Ace character on TV and mainstream entertainment!

The cartoon is BoJack Horseman. A Netflix exclusive and now one of my favourite all time cartoons. It’s hilarious and most definitely aimed at adults like Rick and Morty and the rest of the wave of popular adult cartoons we have seen in recent years.

BoJack was “once the star of a ’90s sitcom, in which he was the adoptive father of three orphaned kids (two girls and a boy). The show was the hottest thing around, then suddenly, was canceled. Now 18 years later, BoJack wants to regain his dignity. With the aid of a human sidekick and a feline ex-girlfriend who is his agent, he sets out to make it happen.”

Todd Chavez is BoJack Horseman’s human friend. Todd has a reputation as a slacker but throughout puts a lot of effort into helping others. Todd starts off as a humorous sidekick but quickly becomes a main character as the series develops. Todd’s sexuality progresses through the show moving from being unsure and unhappy with being called asexual to accepting his identity in the episode “Hooray! Todd Episode!” With this stand out moment:

Todd is an amazingly fun character and the only ace character I’ve seen. The fact that he’s in one of my favourite cartoons is a bonus and it’s great that the producers have announced they want to continue to develop and explore Todds Asexuality.

If you’ve read this far then all I can say is thank you! This is probably one of my longest posts and most open. This week 21st – 27th is Asexual Awareness Week, and I really hope that I’ve… well raised some awareness even to a small group about an orientation as valid as any other in the LGBT+ world. Like all the amazing bloggers in the gaming community who I have seen open up about mental health and other life challenges while somewhat off piece for my site I feel it’s important that I have talked about this. It’s only by us talking openly and honestly about our experiences that other people who may feel the same may realise they are not alone. My original post triggering Ellen to come forward is a perfect example of how together we can support each other.

Soppy stuff all done thank you for reading! Share this with your friends to help raise awareness or visit AVEN (Asexuality Visibility and Education Network) for more on Asexuality! As a reward for getting to the end an ace joke! 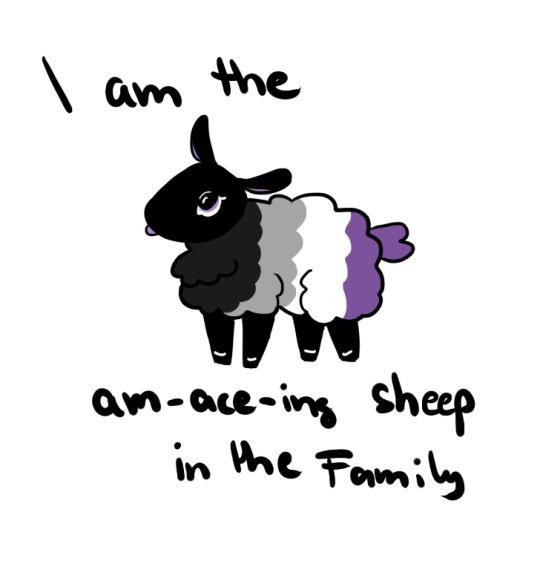 If you enjoyed this post feel free to visit the Clan again, I post every Monday, Wednesday Friday and Sunday!